The actual wiring of computer memory is called an address bus. An address bus is the wiring that gives each specific memory location its own unique address. The address bus allows the computer to access one specific mailbox from among millions of available mailboxes.

There are two basic elements that make up an address bus as shown here:

This illustration shows a section of an eight line address bus. The squares and triangles are arranged like numbers in a sequence. A square represents a one and a triangle represents zero. Each row of gates represents a unique binary number manifested in hard aware. 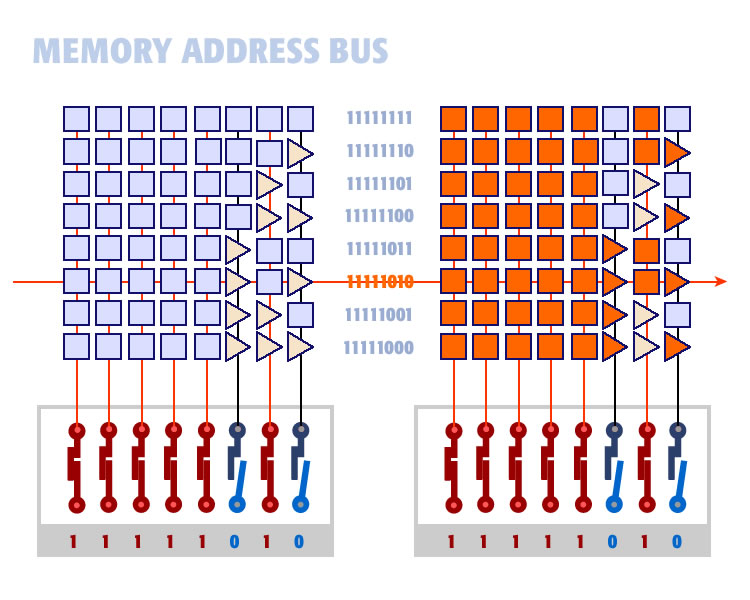 We are going to enter a binary number in the address register as shown on the lower left of the diagram above. The number we enter is 11111010. We enter it by opening or closing switches. In this case we close the first five switches, open the sixth, close the seventh, and open the eight.

On the right you can see how our memory matrix reacts to current on address lines:

Gates turned ON are shown in orange.

As you can see only one memory address matches the binary number entered on the bus. That is memory location 11111010. It is the only combination of squares and triangles that are lit allowing current to get all the way from left to right. The memory bus applies current to that one memory address only.

The arrangement of gates is how computers store and access data to and from unique memory addresses.

This illustration below shows a full implementation of a computer bit. It shows the addition of an address line and a read/write line: 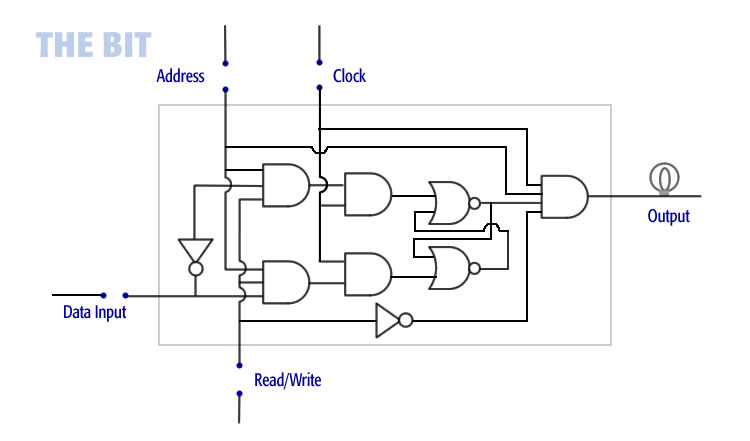 This is a computer bit. Here is how it works:

1. Turn the address line ON
2. Turn the read/write line ON
3. Turn the clock line ON
4. Enter your information on the data line (ON for one, OFF for zero)

The illustration on the left shows the address line ON, read/write line ON, and data line ON. These AND together. The input state (ON or OFF) gets through to the second AND gate where it is ANDED with the clock line. When the clock line is ON the data sets into the bit.

1. Turn the address line ON
2. Turn the read/write line OFF
3. Turn the clock ON

The address line, state of the bit, read/write line, and clock line are all ON. They AND together. This places the state of the bit (either ON or OFF) on the output line. 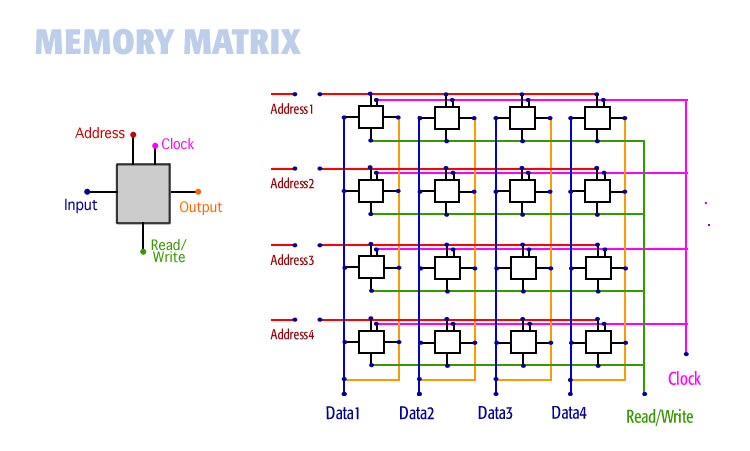 Reading data is a matter of turning ON or OFF the various lines. For example the read/write line tells the computer whether you are reading data from a bit or writing data to it.

This 16-bit memory shown above is accurate. Memory in a computer is like this but there are more bits, address lines, and data lines but the logic is identical. 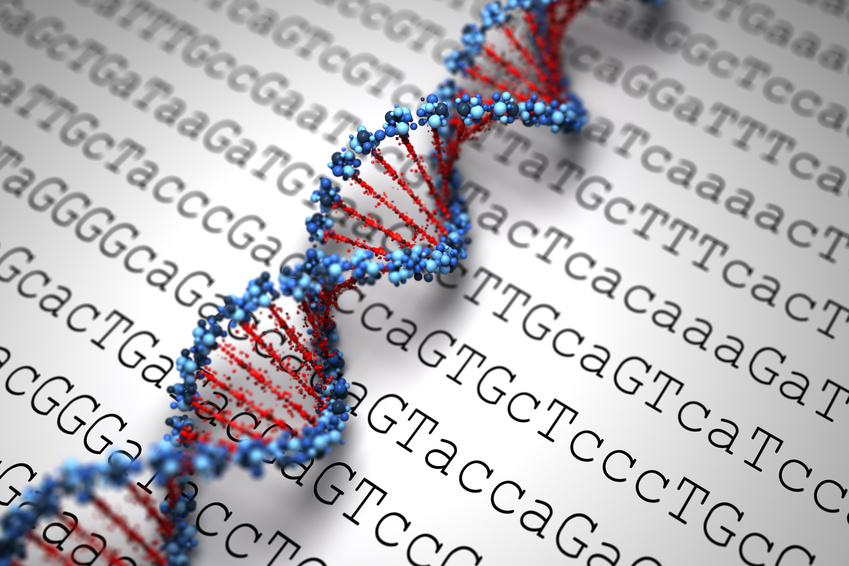