In the previous section we learned how memory can repair its hardware using a computer technique called XOR. XOR will protect memory and keep it perfect indefinitely. XOR allows data to remain intact when hardware fails. This gets us through life’s injury and disease. Although remembering may be affected, underlying memory remains perfect. There will come a time however, when memory hardware failure catastrophic and data cannot be recovered.

In computer parlance this is the time when the power is turned off. Turning the power off in a computer and catastrophic hardware failure in humans is the same thing. This is the end of memory in time. When this happens the question becomes:

What happens to memory when power is turned off at the end of life?

The answer lies in perspective. During life we move through time always staying in the present. When power is turned off in a computer for example, the computer stops in time. We, on the other hand, move forward in time. From our perspective, now in the future looking back at the event, it appears as though memory is lost. We draw this conclusion because memory is no longer with us. It was there in the past but it is not with us now.

We are incorrectly applying our perspective (being in the future) to memory. To understand what really happens to memory when the power is turned off we need to see it from the perspective of the memory itself. Place your point of view inside the computer that is turned off and this is what you will see:

Inside the computer, at the moment power is turned off, you stop in time. You now reside in that last moment and longer move forward. From the perspective of that moment you have memory intact. You do not have memory one moment after that moment but that is irrelevant. At the precise moment power drops memory exists. The same holds true for all living things. At the last moment in life, when power is turned off, all memory exists. 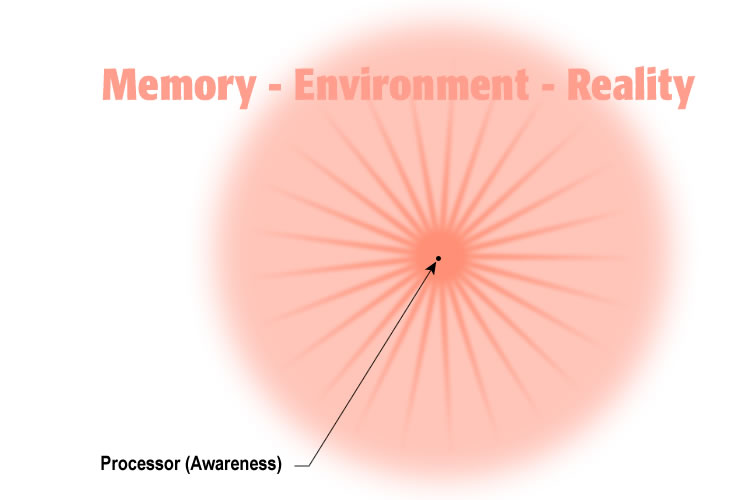 We need to view our model in geometric terms:

The present moment goes into memory intact when experienced. Nothing is lost. Our perspective in time (now in the future) makes it appear as though we’ve lost data. We have not lost anything. Human experience has depth in time, realized or not. We will not see moment of the past during our lifetime, but they are all there. The illustration below shows how this happens: 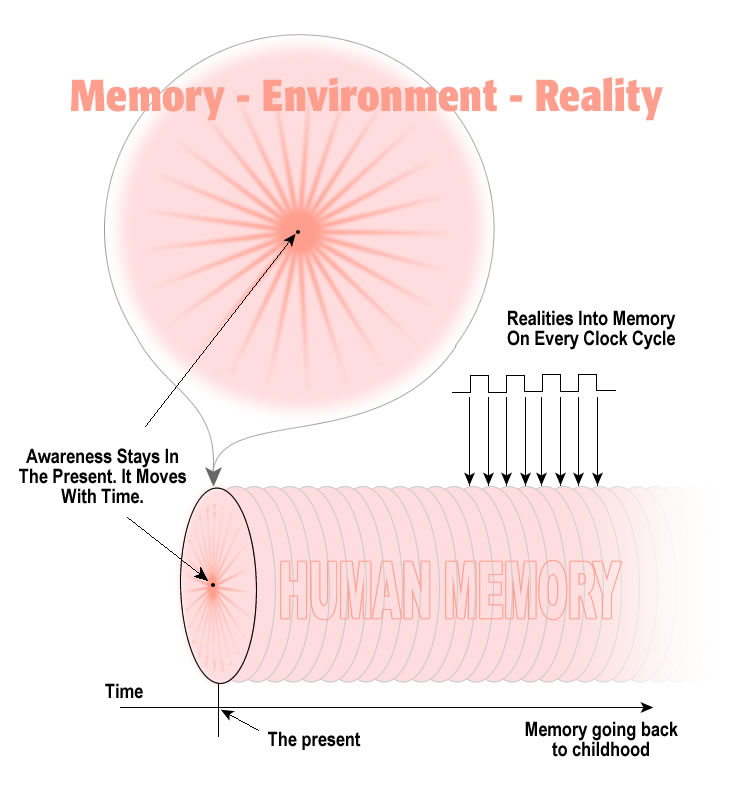 This diagram shows how reality gets absorbed into memory:

Each reality is filed away in memory on each beat of the clock. Memories of past moments are retained intact. Nothing is thrown away by the mind. The fact that you cannot remember a moment of the past does not invalidate this concept. It merely means that you are unable to remember it at this time. Elderly people can recall moments that occurred 50, 60, or even 70 years ago in great detail. The mind retains its memories intact. Humans are memory machines. Like a computer, we retain information absorbed into memory. Computers do not discard information. Likewise humans do not discard information either. Human memory retains time and space. All of it. Nothing is lost. Everything exists in memory all the time. Experiencing reality is filing it away in memory. Movement through time creates an accumulation of time and space. While life unfolds to us in single moments, we are accumulating time and space. During life we see only the front edge of out time-space continuum, however that entire realm exists within everyone.

The key to understanding afterlife is to know memory is perfect. It is time. Your memory contains everything you have experienced from the beginning to now. Computers are dependent upon circuits, wires, and electricity. Even so, when we pull the plug the computer still holds all its information. For that one moment, the moment before the power drops, the computer transcends physical time and space. For only one moment the computer holds all its information. One moment is all we need.

Afterlife is the same. For that one moment at the end of life we transcend time. From the perspective of the person on the inside all time and space still exists. This is not dependent upon the physical body. Life takes place in the mind. Afterlife is memory. Memory is all space and time.

Proof Of Afterlife By Memory – Conclusion: Afterlife And Memory 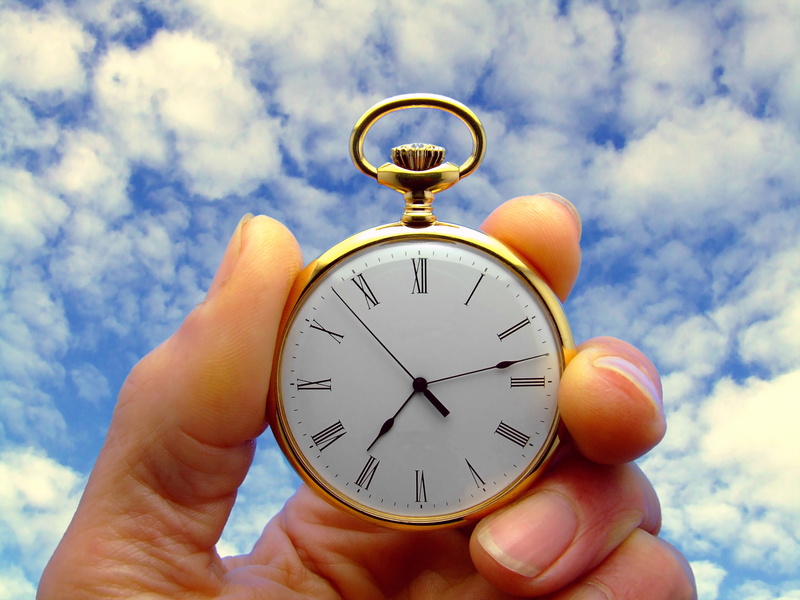