Imagine magine a pyramid. This is a perfect pyramid made from four geometric planes. The sides of the pyramid extend out to the limits of your universe. Place yourself – your point of view – at the apex of a pyramid. The pyramid looks like this: 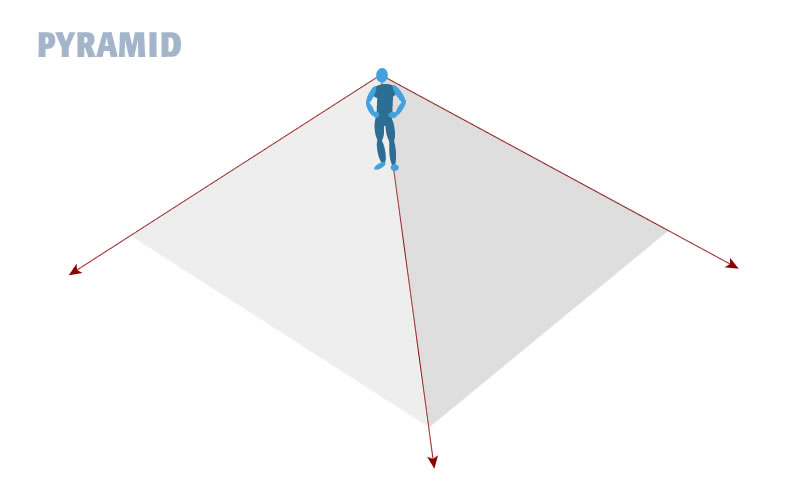 We have a pyramid sitting in the universe with your point of view at its apex. The sides of the pyramid extend out to the limits of your surrounding space. The apex sits at the center of your universe. 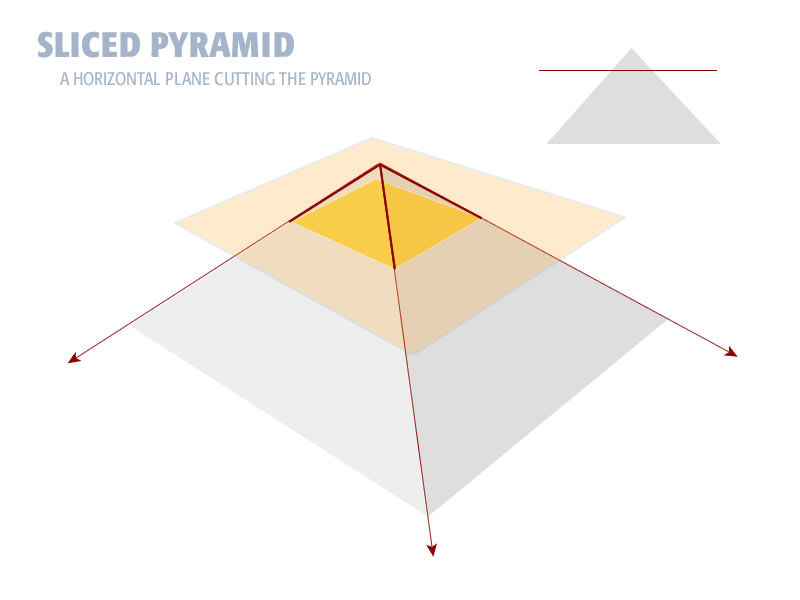 You can see how the plane slices through the pyramid. The intersection of the pyramid and slicing plane is shown in yellow.

Take two cubes, exactly the same size, and place it on the pyramid as shown. The base of both cubes sit exactly on the intersection formed by the slicing plane. They look like a single box because they are the same size and in the same location. Two identical boxes sitting on the pyramid looks like this: 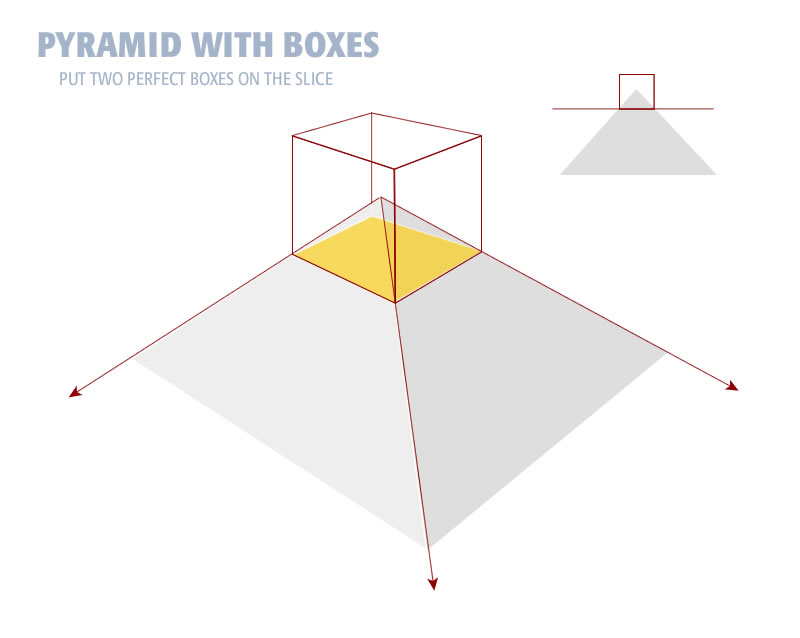 Take one of the two boxes and make it slightly smaller. Take our box and push it upward, toward the apex of the pyramid while keeping on it the pyramid. As we do this the other box makes a corresponding opposite move to become slightly larger. The boxes on the pyramid look like this: 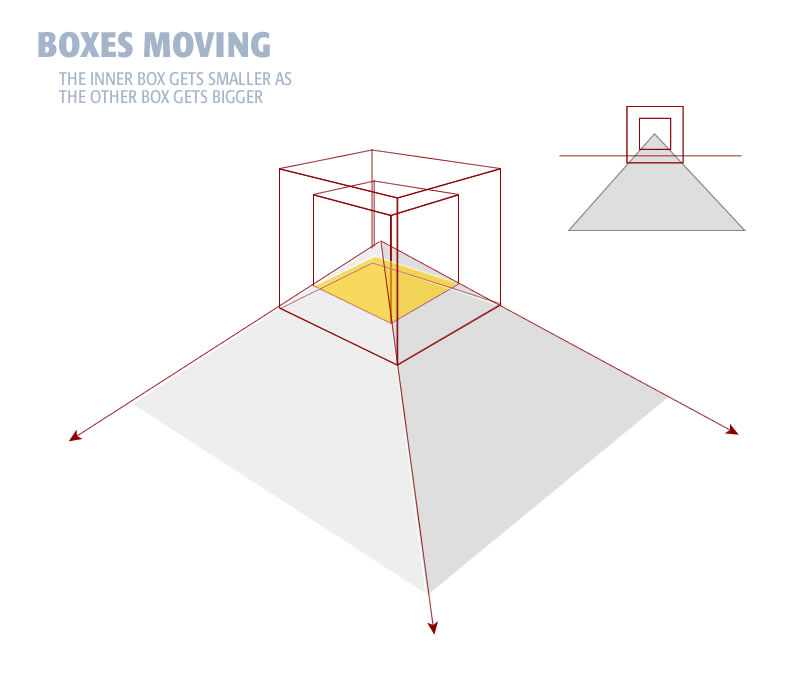 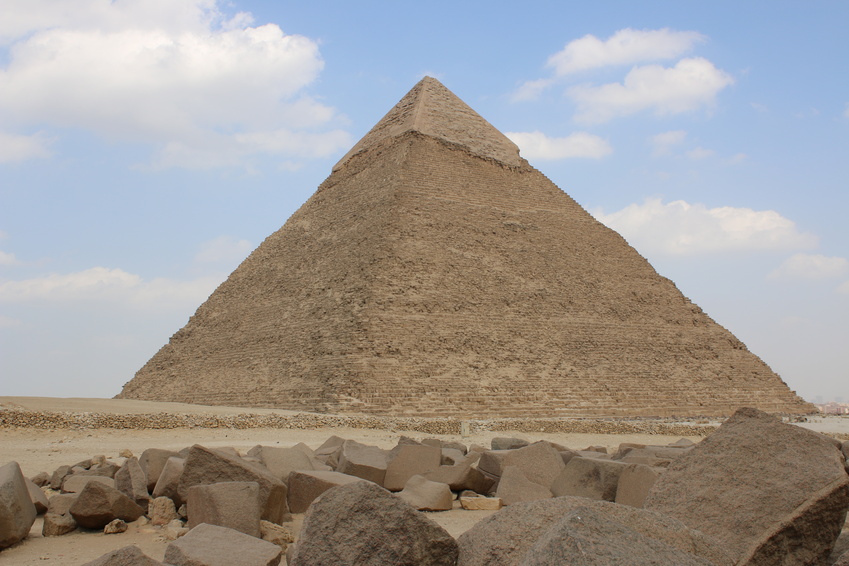